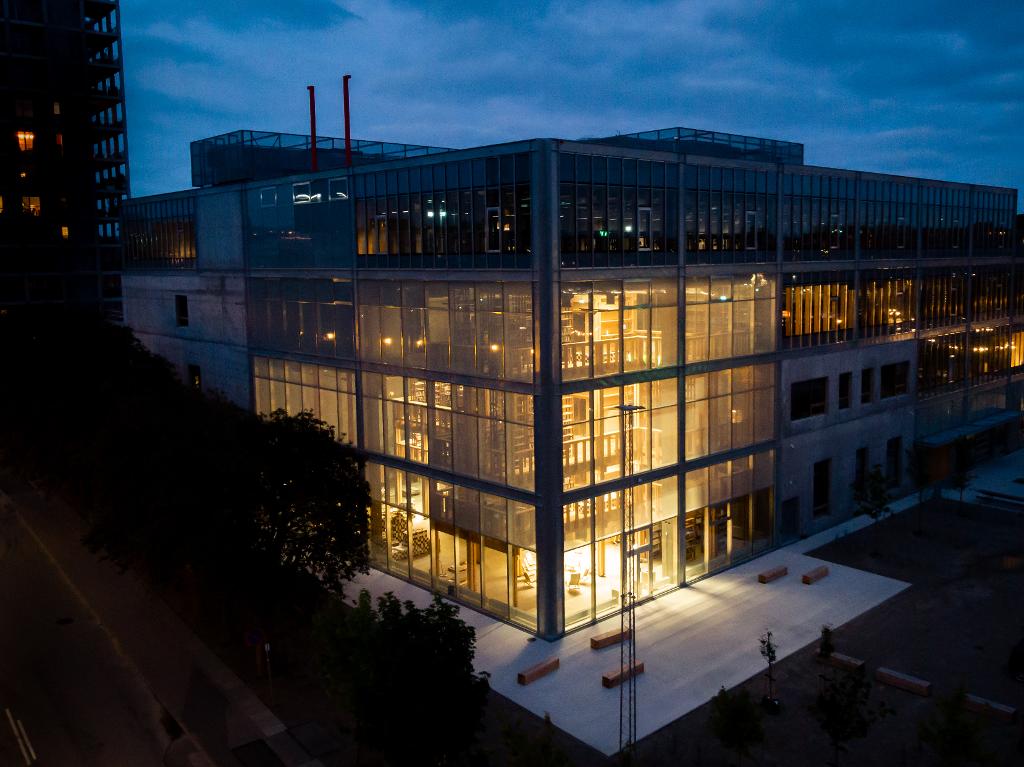 The “Architecture Factory” is what the Danish architects’ firm ADEPT calls its design for the Aarhus School of Architecture, which was built on the site of a former freight depot. The raw, brutalist aesthetics with concrete surfaces, steel staircases, visible pipework, and the industrial-style glass façade are also expressed in the sanitary facilities: behind pine doors and in front of square, white tiles, the ME by Starck wall-mounted toilets designed by Philippe Starck blend perfectly into the existing architecture and play their part in the minimalist aesthetics. The architects selected Vero Air basins in sizes 60 and 120 cm as the washbasins. Their striking, meticulous design impresses with its straight inner surfaces and precise radii.

The new Aarhus School of Architecture combines ten previous sites within a building of 12,500 square meters. The vision was for a robust structure – a living laboratory of architecture – that can be easily adapted to future requirements and needs. This “inspired the workshop-like design, which presents itself as an anti-icon – a blank canvas for ideas, creativity, and learning,” explained Martin Krogh, partner at ADEPT.
As an experimental environment for students and teaching staff, the Aarhus School of Architecture also invites interaction with the neighborhood. This includes for example the “Institute for X” adjacent to the school, an independent, non-profit cultural association that emerged from citizens’ initiatives and sees itself as an open platform for culture, business, and education.

The Aarhus School of Architecture has a transparent and open outward appearance: the supporting concrete structure defines the screened façade that is made up of large glass areas. Inside, too, the visible construction elements form a feature of the building’s appearance. The supporting structure is made up spacious building blocks arranged like a chess board in which workshops, lecture theatres, and also toilets, storerooms, or technical areas are housed. Airspaces are incised that break up the building in the vertical plane. Free space flows around the “building blocks” and the airspaces, the individual working areas conceived as flexible spaces on to which a variety of uses can be projected. Two large roof terraces in the second and third floor and a smaller one on the first floor emerge from the building’s tiered cubes. A striking element is the school’s library located in the north west that has been placed in a space spanning three stories – a supporting structure within a supporting structure. As a raw wooden structure with a pincer-style beam construction technique, its wooden surfaces exude a gentle homeliness.
Martin Krogh again: “The design lets interior and exterior spaces melt into one another, not only thanks to its literal transparency, but also by asking the question of which spaces belong to the university and which belong to the city. This means that both the urban environment and academia will inform the building in future. The new-build per se is not yet a new building block of the city – only its users will make it complete.” 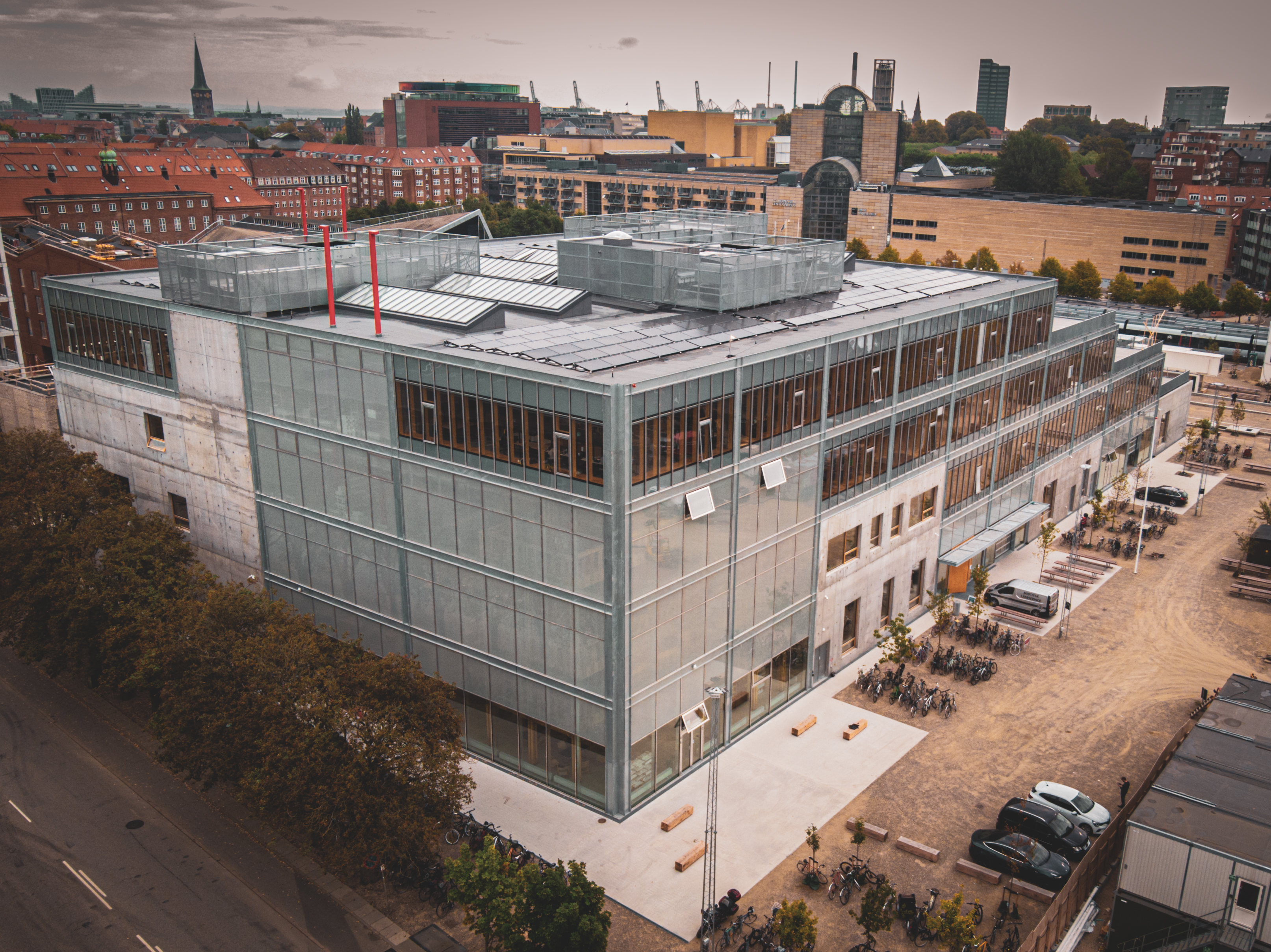 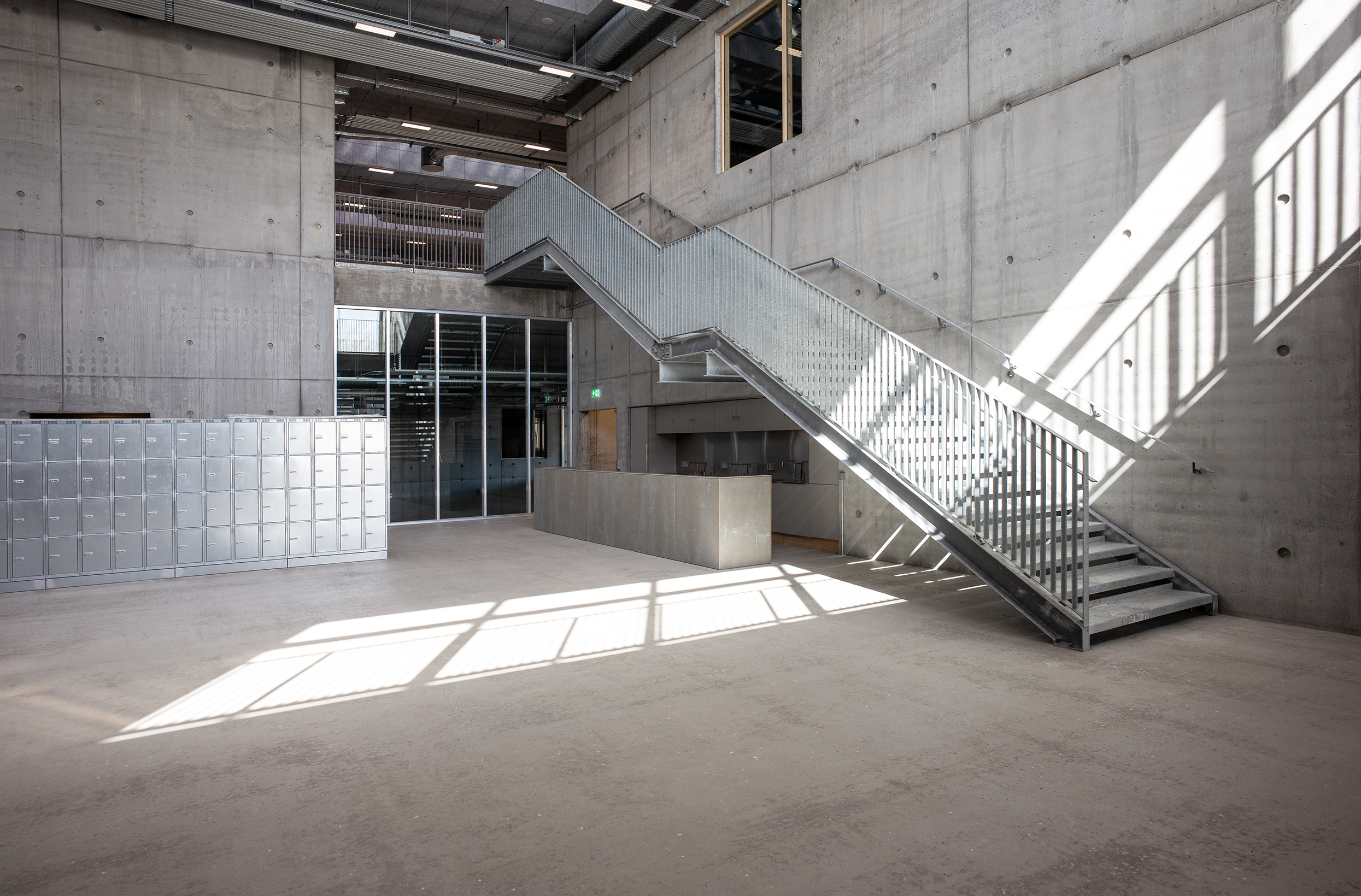 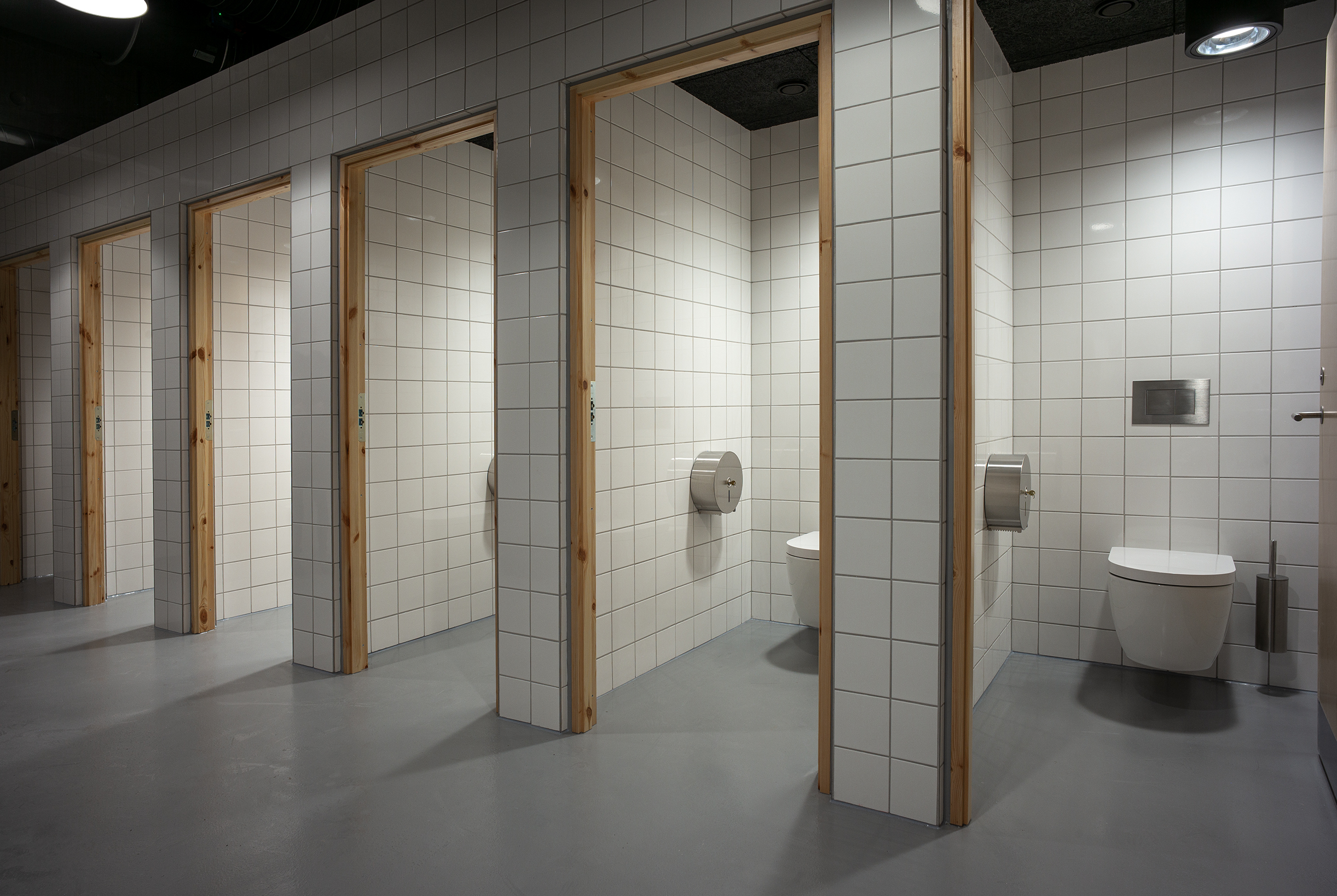 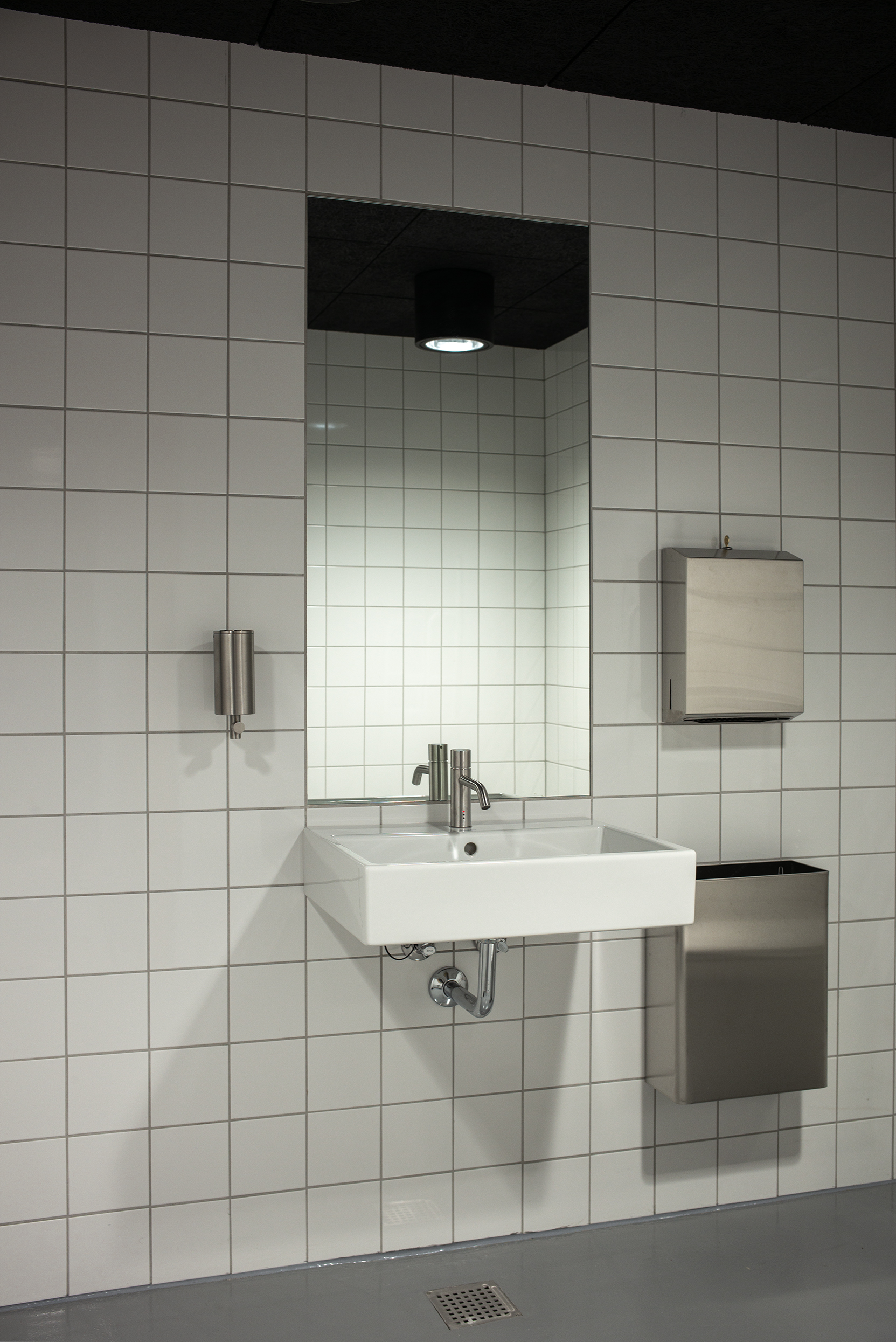 ME by Starck
Vero Air